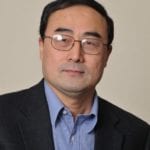 Dr. Chen is an internationally recognized immunologist. He received his M.D.degree in China and did his postdoctoral fellowship at Harvard Medical School. His research studies mechanisms of T-cell immunity and tolerance and manipulating T-cell immunity versus tolerance in animal models to understand the pathogenesis of and develop immunotherapy for autoimmunity, cancer and infectious diseases, with specific interests in transforming growth factor-beta (TGF-b). Among his many scientific contributions to biomedical research, Dr. Chen is the first who discovered that TGF-b induces Foxp3 gene in naive CD4+ T cells and converts them into regulatory T cells (iTregs). This finding has changed the way people thought of Tregs and was praised by NIH Intramural Director Dr. Michael Gottesman as “ revolution” on his introduction to Dr. Chen as an invited speaker at the NIH Director’s Seminar Series (https://videocast.nih.gov/summary.asp?live=8127&bhcp=1).

The paper describing this finding has been cited for more than 5000 times. To translate the knowledge acquired from the basic mechanism studies into immunotherapy, Dr. Chen has recently discovered a way to induce autoantigen-specific regulatory T cells in vivo in animals with established autoimmune diseases including EAE, type I diabetes, EAU, SS and rheumatoid arthritis. These in vivo induced autoantigen-specific Tregs suppressed target autoantigen-specific inflammatory immune cells without compromising the immune responses to infectious pathogens and cancer. This finding has opened a way to develop similar immunotherapy for human autoimmune diseases. The discovery has been commented by Science and covered by several news agencies. Furthermore, Dr. Chen discovered that D-mannose has a surprising therapeutic effects on experimental diabetes and asthma. This finding has important clinical implications for human diseases. Most recently, Dr. Chen discovered that T cell receptor-regulated TGF-b type I receptor expression determines T cell quiescence and activation. He has proposed that TCR-mediated TβRI downregulation acts as a “third criterion” to fully activate T cells in addition to the “two-signal” model. Dr. Chen has published more than 100 peer-reviewed articles in internationally prestigious journals including Nature, Nature Medicine, Nature Immunology, Immunity, J. Exp. Med., PNAS, Science Translational Medicine, Cell Stem Cell, J. Immunology etc., and been invited to speak at many international meetings and universities in the world. Dr. Chen received many honors and awards, including the Scientific Achievement Award from the NIH Asian and Pacific Islander American Organization and the Wang Ying-Lai Memorial Lecturer. Dr. Chen has also been invited to be reviewer for more than 20 prestigious international scientific journals and for science foundations in USA, Europe, and China. Dr. Chen has also been invited to organize and chair many international meetings such as Keystone Symposia. In addition to his scientific activities, Dr. Chen was the elected president of the Society of Chinese Biologists at America (SCBA) Washington-DC-Baltimore Chapter in 2015, and is now the council of national SCBA.

We use cookies to ensure that we give you the best experience on our website. If you continue to use this site we will assume that you are happy with it.Ok